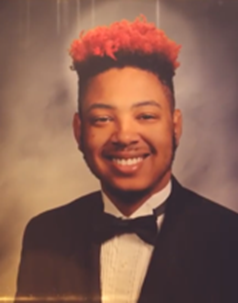 For over a century, a four-foot Golden Eagle anchored the offices of The Telegraph in downtown Macon. The newspaper moved out of the building about a decade ago, but the award in the statue’s honor remains.

For over 40 years, the United Way of Central Georgia Golden Eagle Awards has honored high-achieving high school students in Bibb, Crawford, Houston, Jones, Monroe, and Peach County. According to the Golden Eagle Guidebook, seniors are nominated by their schools and then judges by local experts. For the Social Science honor, “Of prime importance is how a nominee utilizes skill, talent and time to benefit his/her school or community.”

When he first arrived at Mary Persons High School, Timethius Terrell took the time to introduce himself and befriend students who had immigrated from foreign countries.

“I taught myself Spanish without the help of any established courses,” said Terrell, now finishing his freshman year at Emory University. “As I spoke with them, I was intrigued by the ways they saw the world and how deeply they identified with their languages.” 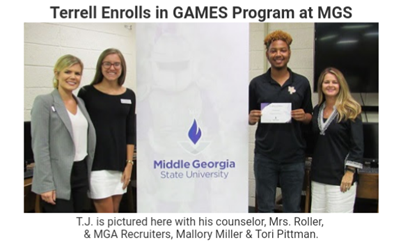 “I used my linguistic talents to test out of two years of Spanish,” said Terrell, “and earned a second Associate's Degree in Modern Language.”

His scholastic achievements and commitment to community earned him the 2020 Golden Eagle. It was just one of the many accolades that earned Terrell enrollment to Emory and the Zell Miller Scholarship. However, the foundation of his educational success is linked to “access to academic subjects not available at my high school.”

“In addition to enhancing my college applications, I was able to transfer some of the courses I took. Now, I can solely pursue credits that fulfill my personal interests, saving both time and money,” said Terrell. “Everything I have accomplished at Emory is a result of the skills I gained as a dual-enrolled student. It all started there.”