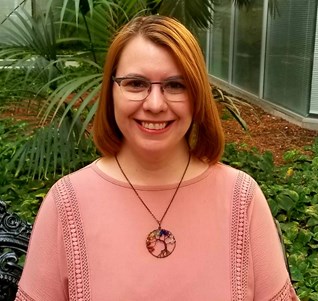 Major/Intended Major: Communications with Minors in Psychology and Sociology

The year was 1991. An F3 tornado created more than $50 million in damage in Cobb and Douglas County; the Atlanta Braves went to the World Series for the first time in 33 years and Zell Miller was inaugurated as the 79th governor of Georgia.

A few weeks later, both the state House and Senate passed a resolution for a Lottery amendment to the state’s constitution. Around that same time, Katie Harrison was in the midst of her junior year at Fitzgerald High School.

“I started researching scholarships and financial aid opportunities with the help of the school’s guidance counselors,” said Harrison. “I had heard rumors that then-Governor Miller planned to create a merit-based scholarship for high school graduates.”

Miller’s original proposal for a merit scholarship was for students’ first year of college whose families earned less than $66,000.

“This news gave me hope that I would actually be able to go to college,” said Harrison, “so I continued to work hard so I could qualify if the program came to fruition.

"At that time, (my graduating class) was 16 or 17 years old. We had no political clout, but we were just thinking, 'Please make this work,'" Harrison said to the Atlanta Business Chronicle.

On September 22, 1992, Miller announced three educational programs: Lab equipment and computer hardware for primary and secondary schools, a voluntary pre-kindergarten program for 4-year olds and the HOPE Scholarship. Six weeks later, Georgia voters passed an amendment for the creation of the Georgia State Lottery. Not long after that, Zell Miller and the Georgia Legislature established the HOPE Scholarship Program.

“My entire senior class was ecstatic to learn that we would be the first graduating class to be eligible for the scholarship,” Harrison said. “I think we all realized how lucky we were to be members of the 1993 graduating class!”

That graduating class became the first to take advantage of a scholarship program that has helped over 1.7 million Georgians access education beyond high. That access allowed Harrison, who also received financial assistance through the Georgia Tuition Equalization Grant Program, to attend and eventually graduate from Oglethorpe University without accumulating significant amounts of debt.

“My current life would be completely different and unrecognizable without the HOPE Scholarship,” Harrison said, “I have always felt extremely honored and fortunate to have been given the opportunity to be a HOPE scholar.”