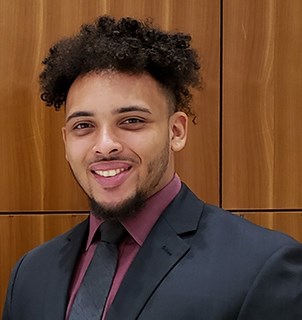 The HOPE Scholarship rewards high achieving students like Sayvon Jarrett, despite the fact he didn’t graduate from a Georgia high school. Born and raised in New Jersey, Jarrett’s family moved to Villa Rica in 2017. However, he has moved from much more than just the Garden State.

“I currently live with my mother and my step-dad. I lost my father to a drugs at a young age and they have raised me since they were 19 (years-old),” said Jarrett. “They have poured their blood, sweat, and tears into raising me in order to get me to where I am today.”

“(The GOAL) experience allowed me to grow as a leader and a public speaker. It has allowed me to truly shine,” said Jarrett, who represented WGTC at the Technical College System of Georgia (TCSG) GOAL student of the year competition. “I was able to meet so many wonderful people during the competition as well as other GOAL winners. I’ve definitely built a lot of lifelong relationships as a result.”

His results in the classroom earned him the HOPE Scholarship for his final semester at WGTC and his first this fall at the University of West Georgia.

“The HOPE award has been a blessing to me. When I graduated from high school, I wanted nothing more than to go to college,” said Jarrett. “The sad reality was that I could not afford to go to a university or any colleges for that matter. It was not until I moved to Georgia that my dream was realized.”

While his dream for postsecondary success has been realized, his career path is still undecided. An accounting major, Jarrett has served as the President of WGTC's Phi Beta Lambda (Future Business Leaders of America) Chapter. Currently working in the Internal Audit department at Southwire, his long-term interests include entrepreneurship, real estate development and possible politics while never forgetting the foundations of his success.

“My tuition is self-funded, so I need all the help that I can get (and) HOPE has made this all possible,” Jarrett said. “So now it is my turn to make good on that investment and give back to my family, community, and schools in any way that I can.”