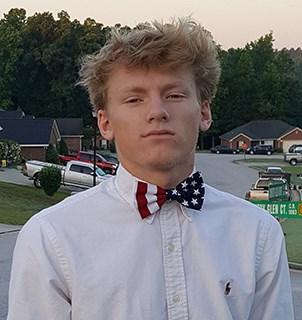 With a 40-round draft and multiple teams associated with each franchise, Major League Baseball has the most opportunities for athletes like Augusta’s Hayden Harris to fulfill a lifelong goal.

“I hope to pursue my dream as a professional baseball player,” Harris said, “however in the event that doesn’t work out, I plan to own my own business.”

Harris intends to major in Business Management at Georgia Southern University, using an athletic scholarship and the HOPE Scholarship to pay for his education.

“I was raised by a single mom,” said Harris, who graduated from Grovetown High School with a 3.5 GPA, “and there was no way that she could have afforded to pay for me to attend college without financial assistance.”

Georgia Southern head baseball coach Rodney Hennon believes Harris and his incoming recruiting class can assist his team. An All-Region 3-AAAAAA First Team selection, Harris led Grovetown as a junior with a 4-2 record and 1.40 ERA, with 57 strikeouts in 50 innings.

"We are very excited about our early signing class," said Coach Hennon in a Georgia Southern press release. “These young men will be outstanding additions to our program as we fill the needs of our roster for the 2018 season.”

Even with his athletic scholarship, Harris looked into the HOPE Scholarship after speaking with his counselor.

“The more that I researched state programs like HOPE, the easier it became to make the decision to go to an in-state college,” said Harris, who received offers from out-of-state schools like Furman, Newberry and USC Aiken. “I truly wanted to minimize using student loans as much as I could.”

Harris has advice for any students looking to minimize student loans.

“Start looking into financial aid early, study hard and get the highest GPA possible,” Harris said. “Be a dedicated citizen, and most importantly, have a plan.”